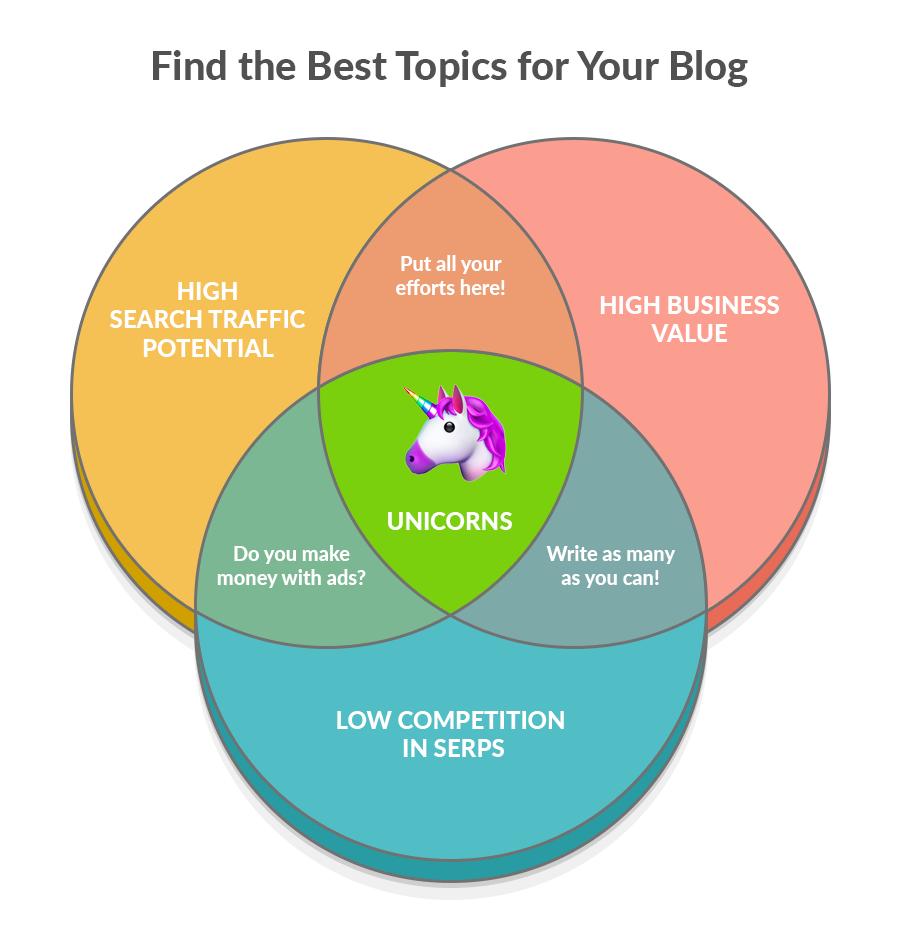 Back in the old and golden days of the world of business, style sheets were quite literally sheets (or more often, documents) that were describing, in excruciating detail, how all documents created by, a or used for, a specific company should look. END_OF_DOCUMENT_TOKEN_TO_BE_REPLACED

It irritates me when I hear Twitter, Facebook et al, blamed for the loss of productivity and foot in mouth faux pas by employees. That inevitably leads to the discussion regarding banning the networks from the workplace or the introduction of a lengthy social media policy within the business. Stop blaming the tools – it’s the people using them.

In the following video, Kacper Gradoń talks about the effects of (anti)social media and smartphones at a TEDxFulbrightWarsaw meeting. He points out how especially smartphones and social media impact our society. New technology influences us on all levels, personal, friends, and family, and society in general.

As Scott Stratton (@unmarketing) put it at Jobsite’s FreshThinking seminar, “Stop hiring morons”. That may seem a little harsh, but let’s look at an example.

Dominos staff filmed themselves doing disgusting things to food in the kitchen before serving up to customers. They posted it on Youtube and were promptly fired and arrested for their endeavors. That wasn’t Youtube’s fault, it was the morons messing with the pizza.

Every time something like this happens, I just shake my head. Didn’t it occur to them that sharing this publicly meant it wasn’t going to end well for them? It’s common sense. Well, for most of us.

END_OF_DOCUMENT_TOKEN_TO_BE_REPLACED

No worries, I’m not going to send you on a wild goose chase, I’ll save you hours of searching and testing out various tools. There’s one keyword tool that’ll provide all the features a person needs to create a successful online business. It’s one of the most comprehensive and powerful research tools on the internet.

What is it called?

The name of this beautiful keyword research tool is Jaxxy. I don’t know about you, but when I see a list of keywords that can be targeted, I think that’s beautiful. You can test out the tool for free. The first 30 search terms are free, then it costs $19 a month for the PRO version and $49 a month for the ENTERPRISE version. 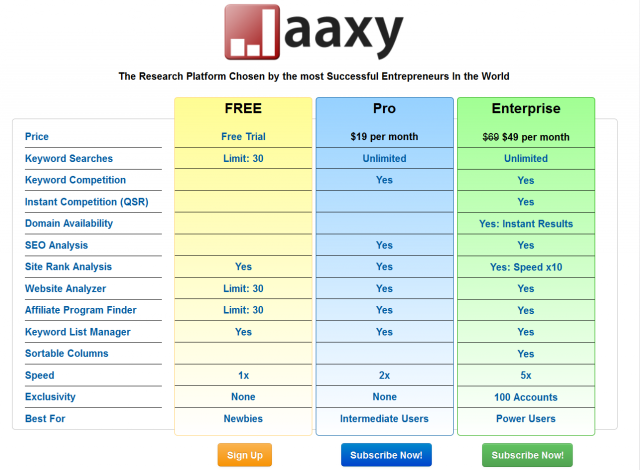 Would you invest in something that has the potential to quadruple the amount of money that your website is generating? I think that’s a smart investment.

END_OF_DOCUMENT_TOKEN_TO_BE_REPLACED

When you’re working in the publishing world, be it old school or for some fancy online publisher, you’ll, unavoidably, be confronted with the world of business whether you like it or not. After all, you’re probably more like a creative type. It might help, though, to sharpen your business-minded brain a bit and become more successful, not only for your employer but also in your personal life. Well, I had my online business education. Now it’s up to you. So let’s look at some free online options to get ahead.

If you’re interested in taking business classes, or in earning a business degree, check out this post with a lot of useful advice. Start today and get ahead in your business career, also when you’re originally a designer. So go ahead and take business classes or earn a certificate, a Bachelors degree, or Masters degree in business.

There is a multitude of online business degree programs with an assortment of specialties and levels of difficulty for you to choose from. You may be the next Donald Trump (though I doubt you really would like to… would you?). You could be the next Sam Walton. Who knows? You’re only limited by how far and wide your dream. Don’t underestimate what you can accomplish.

END_OF_DOCUMENT_TOKEN_TO_BE_REPLACED

So you’ve started your brand new blog huh? Well, here are 7 tactics to increase your influence.

The excitement may not last long. After a few weeks or months, perhaps you’ve begun to experience burnout. Perhaps you like the feeling to be able to post your opinion on the Web, but writing becomes a chore rather than something fun to do on a regular basis.

Well, you may learn a great deal if you check out the following video where Gary Vaynerchuk is talking about how you can produce up to one hundred content pieces per day and start dominating the social media: 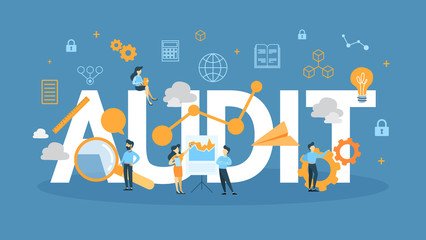 Readership may not grow at the rate that you think the blog is worth the effort. Sounds familiar? I guess it is to many of us. It happens to some of my blogs too, many times.

As with any other venture, it takes an effort to succeed. While a blog turns web publishing into a very easy and convenient task, actually writing great content and building readerships — and later relationships — are the real challenges.

Below are my own 7 strategies to find, build and grow our blog readership:

END_OF_DOCUMENT_TOKEN_TO_BE_REPLACED

A few weeks ago, MediaPost wrote an article on 10 Reasons Why Clients Don’t Pick the Right SEM Agencies.“ This post really got me thinking, and I wanted to make my own similar list on five common traps that marketers fall into that leads to choosing the wrong agency partner.

Picking the right partner for your business is critical to the success of your campaign.  The wrong partner will not understand your business, goals, or even your target market, which could result in campaign failure and thousands of dollars wasted away.

If you are a client looking for an agency-partner, stay away from these common problems that can cause you to choose the wrong firm.

1. You don’t have a clearly defined scope of work. Many clients fail to do the requisite preliminary research before issuing an RFP, including taking a hard look in the mirror and being honest about your assets and liabilities and what type of outside firm is likely to complement these. If you’re not sure what you need, you can always send out an exploratory RFI (Request for Information) to get a feel for what’s out there and/or hire an experienced consultant to help you navigate the waters.

END_OF_DOCUMENT_TOKEN_TO_BE_REPLACED

One-to-One Marketing – Powerful, but can Destroy Relationship with Customers

Melissa Shore is hardly bothering anymore to open email from Delta Airlines’ preferred opt-in messages. It’s not because she’s not interested any longer. She needs to travel frequently for her work as a senior analyst with New York-based research firm Jupiter Communications, and she’s always looking for some travel deal.

Though Shore says she’s a very loyal customer to businesses that provide quality personalized service, Delta, she says, has missed the mark. “I would really receive not anything from the airline than these irrelevant offerings,” Shore says. At least the promotional email registration on the airline’s Website now asks for the city of origin. Whether that will translate into deals on flights out of New York remains to be seen.

END_OF_DOCUMENT_TOKEN_TO_BE_REPLACED

Winkler is a former NSA manager specialized in cybercrime. As we all are faced with this sort of bad things that may hurt or damage our hard work, let’s see what he has to say about cybersecurity and why we must first and foremost focus on a bulletproof connection to the Internet.

At the NSA, Winkler learned valuable lessons about cryptoanalysis and database design, among other things. But the spy’s life failed to match his expectations. The NSA, says Winkler, was “more Dilbert than James Bond.”

It was in the private sector that he finally found the intrigue he longed for. While working as a project manager at SAIC, a San Diego-based technology consulting firm, Winkler was asked to conduct a security test for a client company.

The company wanted to know how easy it would be for a competitor to identify its overnight carrier or the type of computer system used in its research library. Winkler took it upon himself to broaden the assignment. “Why go after something so lame?” he says. “The goal was to simulate an attack, and that means computer access.”

END_OF_DOCUMENT_TOKEN_TO_BE_REPLACED

How to Stick to Your Ultimate Goal

After I graduated from college, the very next week I was sending out my resume. I was desperate for a job. Any job. Just give me a job!

In less than a month I got one. Was it my dream job? No. Did it pay the bills?  Yes, somewhat. My friends got jobs. Did they like their jobs? Somewhat, kind of. But it was okay because we were all on the ‘right track’…

During this time, there were lots of happy hours, parties, events, shopping days, gatherings, dinners. Did I want to go to all these events? A few I really did, but the majority I could have passed on. Did I spend money I didn’t want to spend or didn’t have to spend? Yes!

END_OF_DOCUMENT_TOKEN_TO_BE_REPLACED

Looking to drive more traffic to your blog? Don’t sacrifice quality content for traffic generating “tricks” that make your blog look like it exists only to serve up Google Adwords. Here are a few of them that make me crazy:

Linking a business concept with a ridiculously unrelated pop culture reference. Really, does anything scream “I want clicks” more than a post entitled “14 Ways B2B Marketing Strategy is Like a Lady Gaga Concert”?

Numbers. I’m as much of a fan of writing (and reading) the “5 Things That…” and “17 Great Ways To…” list-style posts as the next blogger. This blog has it’s fair share. But when 90% of your post titles start with a number, you’re trying too hard.

END_OF_DOCUMENT_TOKEN_TO_BE_REPLACED

So Many Benefits In Social Media

The main aim of the traditional method of marketing was to get as many eyeballs on your services and products as was possible and then hope for a certain percentage of people to purchase. Television commercials, radio advertising, yellow pages, magazine ads, direct mail, etc…are all examples of traditional advertising methods.

These methods are now no longer effective, as several customers now dislike “one way” messaging. People now no longer trust advertisers. A recent survey done in the US indicated that only 16 percent of people now trust ads whereas 79 percent of people prefer consumer recommendations. Therefore, today marketers are seeking alternative ways to connect directly with their potential customers.

Internet marketing originally became popular by using websites and optimizing those sites using various SEO (search engine optimization) techniques. Though it is still a worthwhile strategy, now SEO has been updated by the Web 2.0 strategies, such as social media marketing.